Reid Weingarten: This Lane Kidd Character is Linked to Haslam Allies.... Call Me & i"ll Give YOU Details for YOUR Independent Investigation. Also Bill Haslam Appointed Charles Traughber to the Ethics Commission to Hear an Ethics Complaint Against Him? Huh? It's Like Totally Tennessee..... CORRUPT!!!!

NASHVILLE — Gov. Bill Haslam has appointed Charles Traughber, who recently retired as chairman of the state Board of Paroles, to a seat on the Tennessee Ethics Commission, which will hear a complaint filed against Haslam in October.
Read More   http://www.knoxnews.com/news/2013/aug/27/haslam-names-traughber-to-state-ethics/

Reid: You can't "make up" this shit!!!
It's almost as wacky as the Haslam family naming an "independent investigator" of the Rebate Fraud whose the "long time friend" of the US Attorney General - The man who in America decides WHAT to prosecute. 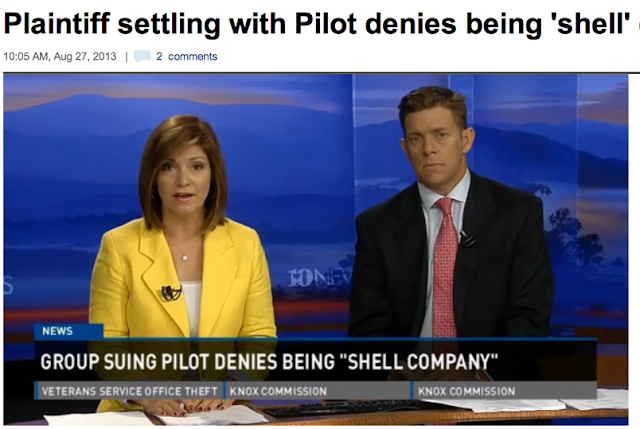 Click Here to Watch News Coverage
Remember the Haslam's "understand" how to play the Bond Game.....
the "next" financial crisis is due to FRAUD in energy deals..... 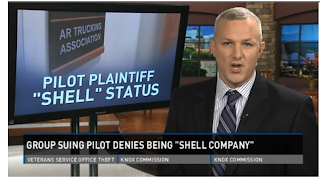 The company's debt nearly doubled to $4 billion in a two-year period through last year, as its owners paid themselves two payments totaling $1.7 billion from it, according to Moody's.


Someone tell Lane Kidd the "little guy" is the one usually that "does the time".... 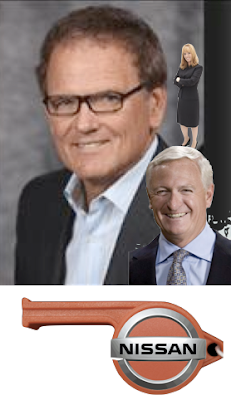 Despite his company's financial issues, Haslam doesn't seem to believe that he will be crippled by the debt, reportedly claiming that the debt can be paid down quickly.

The timeline starts April 15 when the FBI raided Pilot Flying J headquarters.  On April 18, the FBI released the affidavit that accuses Pilot of a rebate rip-off scheme.  Then on April 22, Arkansas Trucking Association (ATA) president Lane Kidd filed paperwork to form National Trucking, registered at the same address as the ATA in Little Rock. On April 24, the two-day-old company National Trucking sued Pilot for rebate fraud.  On July 16 a judge in Arkansas gave preliminary approval to a class action settlement between Pilot Flying J, National Trucking, and seven other plaintiffs that had filed federal lawsuits.

WBIR-TV-Aug 26, 2013
The timeline starts April 15 when the FBI raided Pilot Flying J ... "I have never met Mr. Jimmy Haslamand do not personally know him.".