Reid Weingarten It's Hump Day: I'm Talking about the Middle of the Week:):) A Few Years Ago I Was Told It Would Be Dangerous for Me to Travel to Arkansas..... The Laws There Allow for Innocent People to be Victimized By the Courts... Is "This" Another Example? 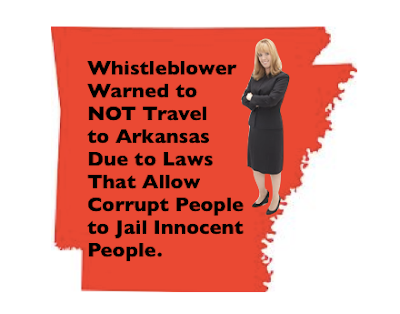 Mr. Weingarten:  A few years ago I was told to "stay away" from 4 states because they're notorious in jailing (railroading) innocent people for political reasons. Arkansas was one of them. Is it a coincidence "this" Pro Haslam shell company is based in Arkansas?   Mr. Weingarten can you ask Eric Holder if it's safe for whistleblowers to travel to Arkansas?  I wanted to take my child to the Clinton museum.
Thanks & have a great day  Sharyn Bovat
615-944-7599

Lane Kidd, an Arkansas resident, filed incorporation papers for National Trucking Financial Reclamation Services LLC on April 22, just days after the FBI conducted a widely publicized raid on Pilot's Knoxville headquarters.
Two days later, National Trucking filed the class-action suit leading to the proposed settlement. That led other trucking companies to argue in court filings that Kidd's firm was a "shell" company, "hastily conjured in Arkansas" for resolving the civil cases against Pilot, which has been accused by federal authorities of cheating trucking companies out of promised rebates.


3 days ago - A few years ago I was told to "stay away" from 4 states because they're.... Young conservatives told Sharyn Bovat in Denver during the ... 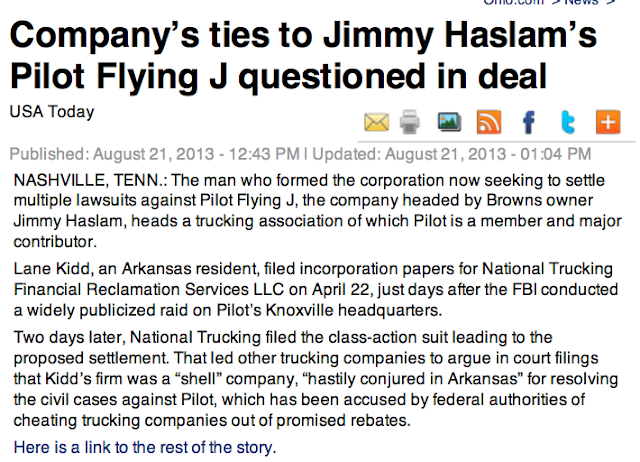