Jimmy Haslam Connected to Corker and the Tennessee Supreme Court- Stated in Washington Post Article. Odd... Maybe That's Why Sharyn Bovat the NISSAN Whistleblower Can't Get Fairness in the Courts and Was Jailed Twice on Something That was NOT Against the Law? Maybe A Journalist Would Like to Investigate? 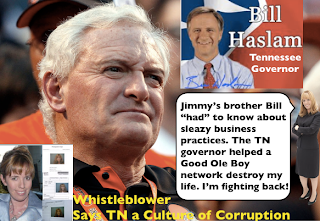 Jimmy Haslam has been close friends with U.S. Sen. Bob Corker, R-Tenn., since they were roommates at the University of Tennessee, and their families have vacationed together at Haslam’s summer home on Nantucket, Mass.
The governor and Jimmy Haslam also lead the ownership group of the Tennessee Smokies, a double-A affiliate of the Chicago Cubs. Gary Wade, chief justice of the Tennessee Supreme Court, is part of the group.

Bill Haslam was the first in the family to run for office, narrowly winning the 2003 Knoxville mayor’s race. Seven years later he was elected governor. That race featured heavy criticism from both Democratic and Republican candidates about his refusal to divulge financial details about his stake in Pilot. 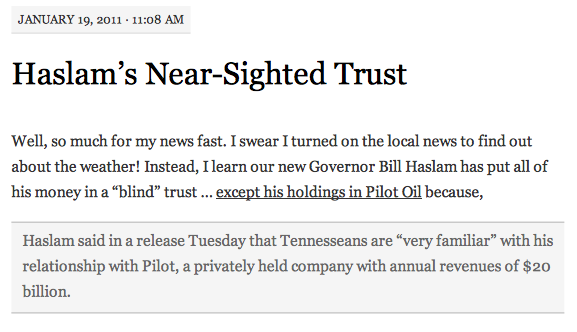 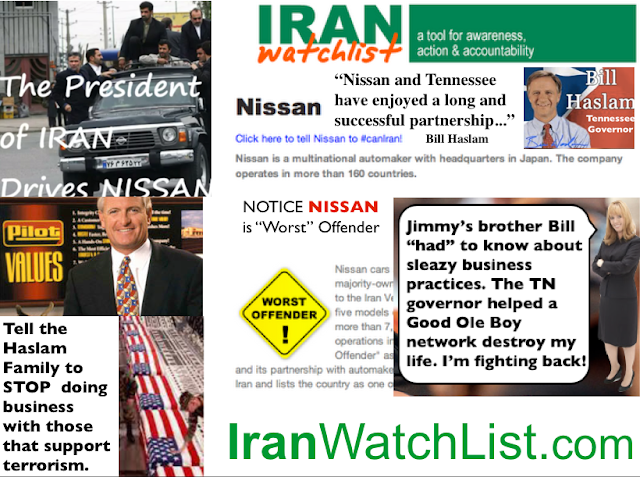